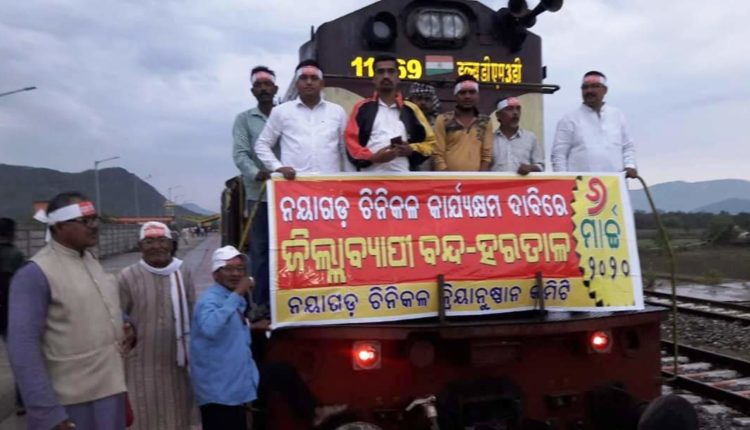 Nayagarh: Normal life in several parts of Nayagarh district has been affected after farmers and workers resorted to a 12-hour bandh demanding revival of the Nayagarh Sugar Complex Limited (NSCL) that has been lying defunct since 2014.

The farmers and workers under the banner of Nayagarh Sugar Mill Kriyanusthan Committee have been staging protests since Jaunuary demanding reopening of NSCL.

Due to the bandh, train and bus services have been disrupted as the agitators staged road blockade at different places in the district and Rail Roko at the station. Besides, shops and other business establishments have remained closed  with the protesters staging picketing at different places.  The activists also demanded payment of arrears of farmers and workers of the sugar mill.

Worth mentioning, the NSCL that was operating since 2004, was closed in 2014. Livelihood of hundreds of farmers and workers has been badly affected due to its closure.