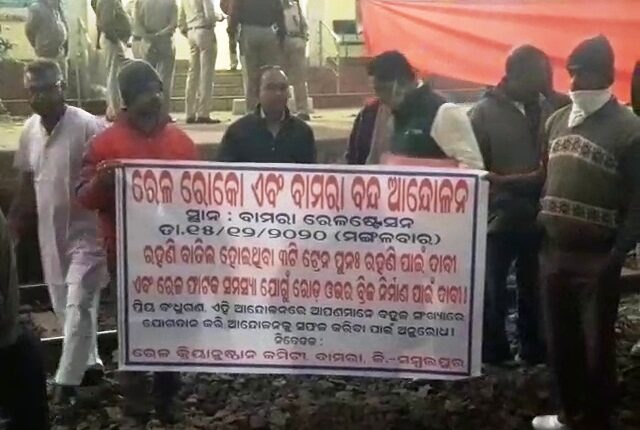 Sambalpur: A 12-hour bandh is being observed by the Rail Kriyanusthana Committee in Bamra town of Odisha’s Sambalpur district today over the demand of halt of three express trains at the station.

Vehicular movement and railway services were affected in the town due to the bandh. Members of the committee staged rail roko at the Bamra station holding banners and placards. They also resorted to sloganeering against the local administration.

Apart from the halting of the three trains (Rajendra Nagar-Durg Express, Rourkela-Bhubaneswar Intercity Express, and Howrah-Ahmedabad Express), the agitators have been demanding construction of a railway overbridge due to level crossing-related issued in the town.

The sub-collector, local SDPO, and Railway authorities had yesterday held discussion with the committee members over the demands. However, the meeting remained inconclusive following which the committee gave the bandh call.