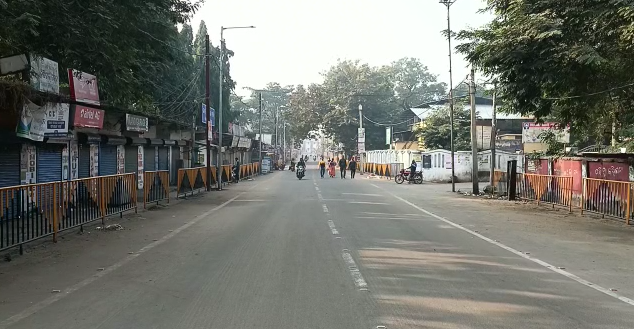 Balangir: Various organisations are today observing a 12-hour bandh in Titlagarh and Kantabanji demanding district status for the two regions.

A Kriyanusthana Committee is observing the bandh in Titlagarh. Members of the committee had urged the people of the area to extend their support to the dawn-to-dusk bandh from 6 am to 6 pm.

The agitators have congregated at various junctions in the area to press their demands.

While shops and business establishments remained closed in Titlagarh, vehicular movement came to a halt due to the bandh.

On the other hand, Saintala Traders’ Association and Saintala Vikash Parishad are observing a 12-hour bandh in Saintala demanding sub-division status for the area.

Movement of vehicles between Kalahandi and Balangir on NH-26 was affected due to the bandh.

Similarly, the Kantabanji Zilla Sangharsh Samiti is observing bandh in Kantabanji over the demand of district status for it.

Shops and educational institutions remained closed in view of the bandh.