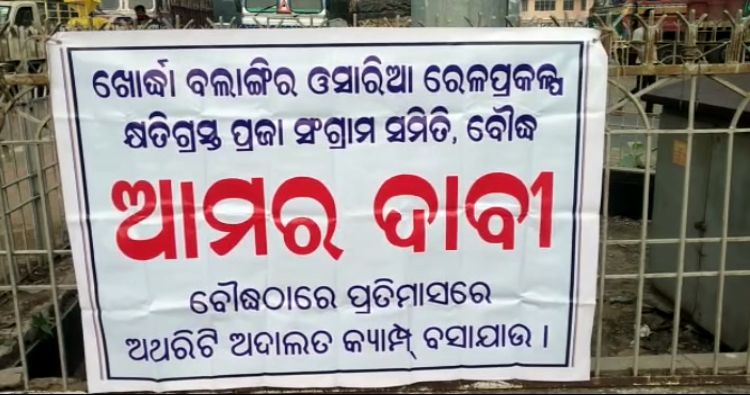 The activists staged the protest pressing for fulfillment of two-point charter of demands, including adequate compensation for those who lost their land to the state Government for the  project and opening of camp court for the issue. Vehicular movements were disrupted with the activists staging picketing at several places as part of the protest.

Besides, shops and other business establishments, educational institutions and government offices have remained closed due to the bandh. The evictees demanded that camp courts be held every month to redress their grievances. However, no untoward incident was reported during the bandh till last reports came in.