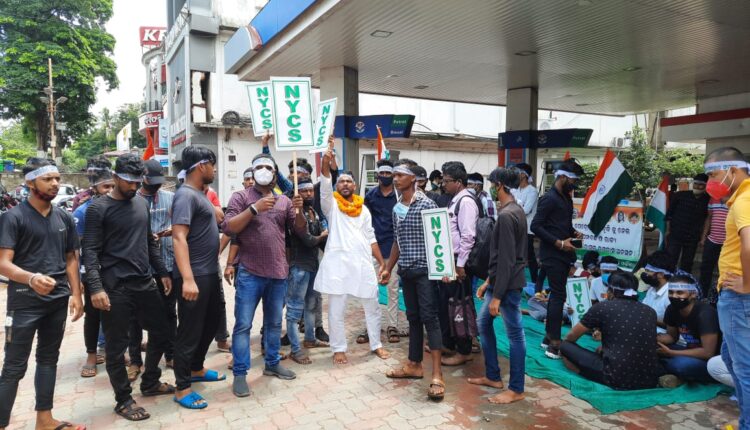 Bhubaneswar: Services at different petrol pumps in the capital city and other parts of the state have been disrupted due to a 12-hour strike by Navnirman Yuva Chhatra Sangathan (NYCS) today over fuel price hike.

As part of  the protest, members of the outfit were seen staging demonstrations in front of different filling stations over rise in prices of petrol, diesel, LPG gas and edible oil. Holding the National Flag and banners, protesters sat on a dharna inside petrol pumps and shouted slogans against Modi Government for the price rise.

Earlier on July 6, NYCS members launched a  cycle rally as a mark of protest against the Modi-Government to sensitise the public on the issue.

Sangathan state Coordinator Manwar Ali called upon the public to support the protest against the price rise.

“During these testing times arising due to COVID-19 pandemic, rise in petrol, diesel and LPG prices is affecting the common man a lot. The Government should cut the taxes and bring some relief for the public,” said a protestor.

Recently, petrol price touched a record high of Rs 100 per litre in the state capital.