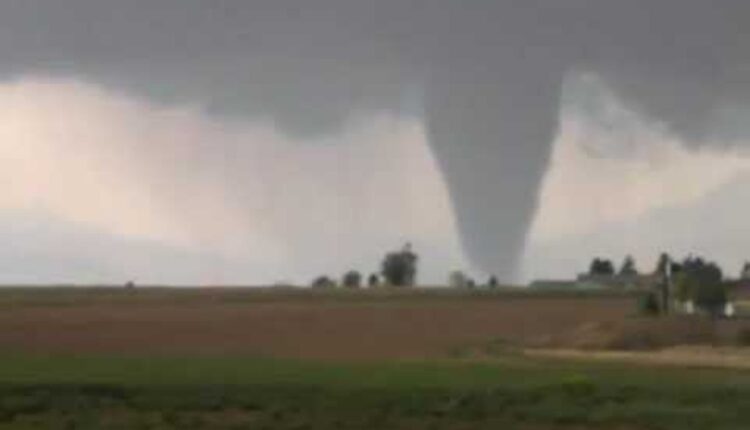 Kendrapara: At least 12 people were injured, around 20 houses damaged and a large number of trees uprooted as a tornado tore through a cluster of seaside villages of Kendrapara district on Monday, an official said.

Around 12 people suffered minor injuries as thatch, asbestos and other roof materials of at least 20 houses were blown away by the tornado, Rajnagar Block Development Officer Mandara Dhara Mahali said.

The tree cover in the area has also suffered extensive damage, he said.

A medical team besides damage assessment personnel from the local tehsil office went the area hit by the tornado.

Each of the affected families was given Rs 5,000 financial assistance.

Besides, relief materials such as polythene sheets, dry food and food grains were dispatched to the area, Mahali said.

When contacted, Kendrapara district Collector Samarth Verma said, “We are yet to confirm the wind speed of the tornado. But it should be more than 100 kilometer per hour,”

Odisha: One killed, one goes missing as truck veers off road at ghat