12 more arrested for violent protest against queue system at Srimadir 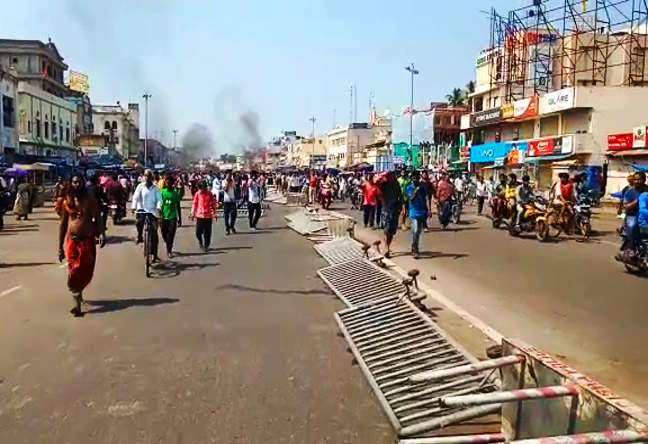 Puri: The Singhadwara police today arrested 12 more persons for their alleged involvement in the violent protest against Dhadi Darshan (queue system) at Srimandir here on October 3.

With this, total number of arrested persons in this connection rose to 23. Puri SP Sarthak Sarangi said action is being taken according to CCTV footage of the incident.

As per the the order of DGP RP Sharma, police yesterday had arrested 11 persons and forwarded them to court in connection with the incident.

Youth dead after car falls into nullah in Bhubaneswar

India wins Rajkot Test by an innings and 272 runs