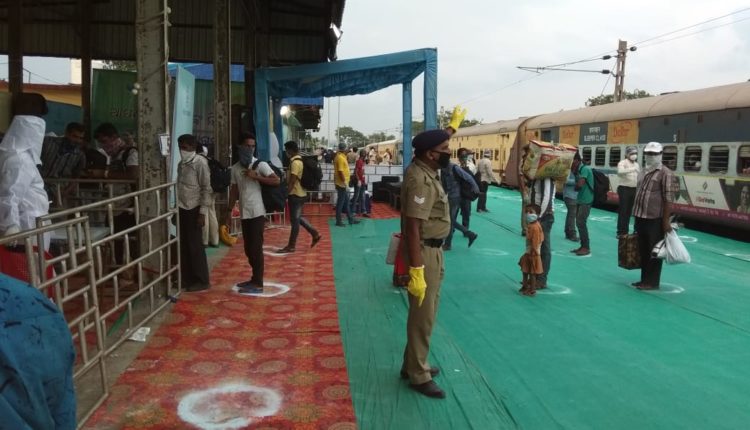 Of the 1200 returnees, 647 are from various places in Ganjam district while 22 are from Kandhamal, 14  from Gajapati and rest 517  are residents of other districts.

Besides, four more trains from Surat in Gujarat and Rayanapadu in Andhra Pradesh  will arrive in the state by tonight.   Three trains that left Surat yesterday will reach Jagannathpur railway station and one  train from Rayanapadu will arrive in Titilagarh today carrying several stranded people of the state .

Meanwhile, the Indian Railways has  decided to restart passenger train services from May 12 with 15 pairs of train in first phase. Accordingly, a special train between Bhubaneswar and New Delhi will run from May 13. The train will has stoppages stoppages at Cuttack, Bhadrak and Balasore in Odisha.

Bhubaneswar-New Delhi special train to have stoppages at these stations