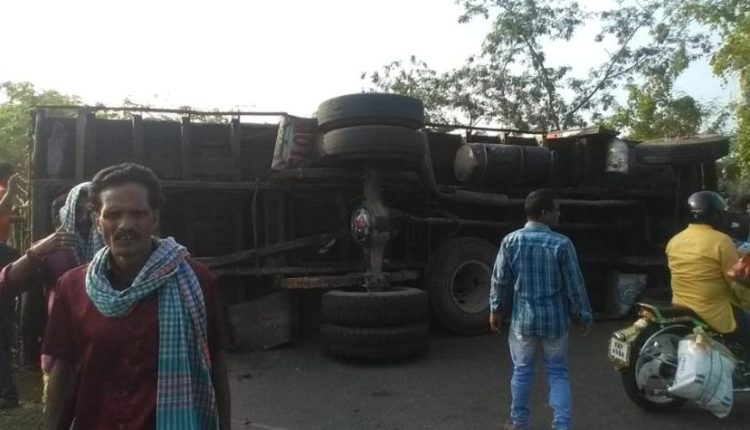 Cuttack: As many as 13 members of a jatra troupe sustained injuries as a truck carrying them overturned near Barabati pond in Kantol area of Odisha’s Cuttack district, today.

According to reports, the ill-fated truck carrying the troupe members and equipment was heading towards Sambalpur when the driver of the vehicle lost control over the wheels, as a result of which the truck turned turtle.

The victims were admitted to Athagarh hospital for treatment while condition of seven of them was stated to be critical. Vehicular movement was temporarily affected on the road after the mishap.