13 killed in Syria’s Idlib during US security operation 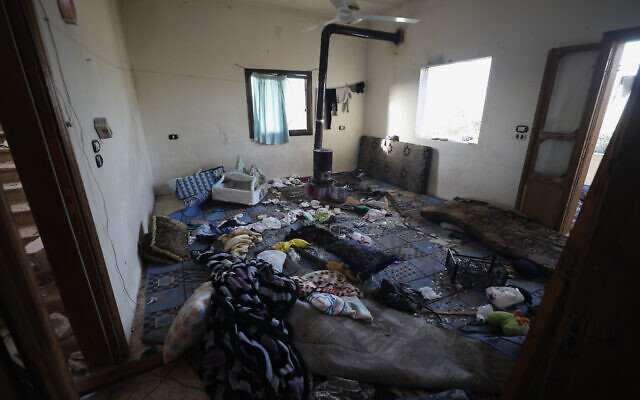 Damascus: At least 13 people were killed during a US security operation in Syria’s northwestern province of Idlib, a war monitor reported.

Four children and three women were among those killed during Thursday’s operation which included an airdrop of forces and aerial targeting by warplanes in the rebel-held province, Xinhua news agency quoted the UK-based Syrian Observatory for Human Rights as saying.

The watchdog group said the military operation took place near the town of Atme in the countryside of Idlib, just east of the border with Turkey.

The operation was confronted by rebels, who fought with the US forces following the airdrop, said the Observatory, adding that the operation and the clashes lasted for three hours.

The US-led airstrikes targeted the area five times during the operation, said the Observatory, which noted that the target is not clear amid speculation that it was targeting rebels’ leaders.

The identities of the slain people remain unknown as well.

There was no immediate comment or report by the state news establishment in Syria about the operation.

Cancer and my life: The extraordinary life of an ordinary woman