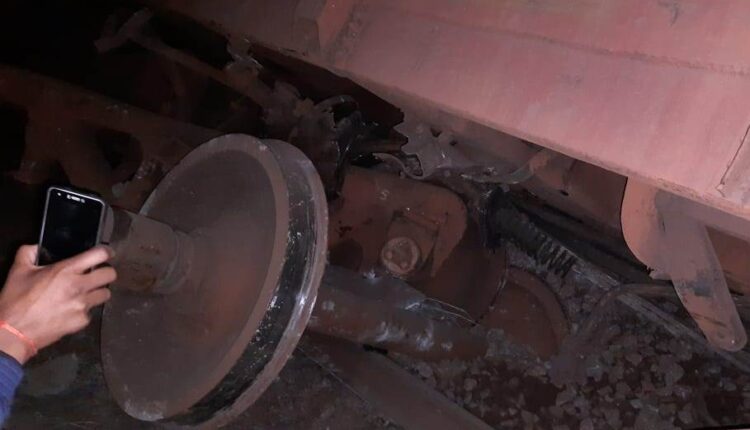 Koraput: As many as 13 wagons of a freight train derailed between Maliguda and Jarti railway stations in Odisha’s Koraput district, today.

The ill-fated train was heading towards Visakhapatnam from Kirandul and had left Maliguda railway station at 4.30 am.

Though no casualty has been reported in the mishap, railway track was damaged in the incident. The restoration work by Railways authorities was underway.

On the other hand, Kirandul–Visakhapatnam Express travelling on the route couldn’t proceed ahead due to the disruption and returned to Koraput.

Covid vaccine dry run: Prep up before the actual vaccine reaches you