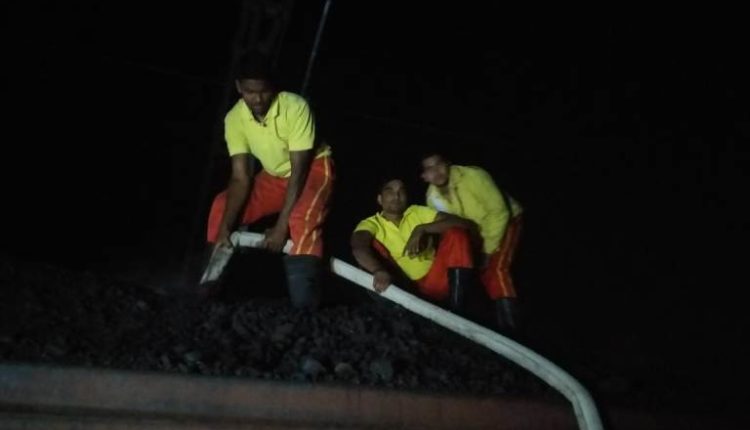 Rayagada: A major fire broke out in as many as 14 bogies of a coal-laden train at Singapur Road station of Rayagada district today evening.

The coal-laden train en route Titlagarh from Visakhapatnam left Rayagada station at 7 pm. When the train reached Singapur Road station at 7.30 pm, the Station Master spotted fire in the bogies and asked the train driver D. Namaste and Guard SS Behera to halt it.

After the train stopped at platform no-3 of Singapur Road station, Railway staff present there tried to douse the fire.

Fire Service personnel from Rayagada and Kolanara areas also reached the spot within minutes after receiving the information.

The personnel managed to subdue the fire after a two-hour long operation.