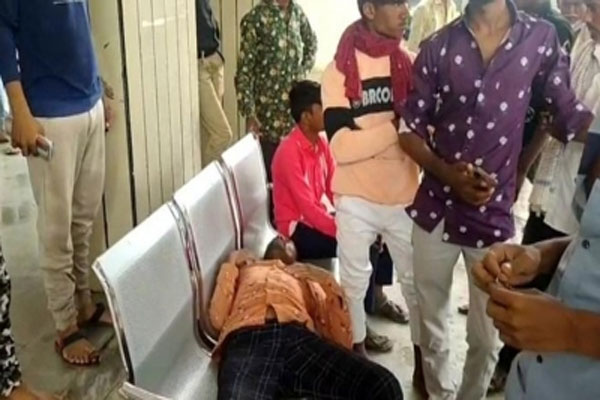 Botad: Gujarat Police have registered a case against 14 bootleggers for murder, causing hurt by means of poison and conspiracy in the hooch tragedy, that killed 24 persons till Tuesday morning.

On Monday morning, the first victim of illicit alcohol was brought to the Barwala Community Health Centre in Botad district. 24 hours later, an FIR was filed with Barwala police station against 14 persons. The FIR citing Forensic Science Laboratory (FSL) report states, “the liquid drunk by the victims contained ‘K’ and ‘LL’ Methyl Alcohol, 98.71 and 98.99 percent respectively.”

According to the FIR filed by B G Vala, police sub inspector in charge of Barwala police station, nine persons from Rojid village of Botad district have died after drinking illicit liquor. While rest of the deceased belonged to other villages of Botad and Ahmedabad distrits.

One of the accused, Pintoo Rashikhai is said to have admitted before the police that he had purchased 200 liter chemicals from Vinod Bhikhabhai, Sanjay Bhikhabhai and Haresh Vala. After which he processed by mixing water into it and packed in plastic bags of five liters each, said the FIR.

The complainant also stated that Vinod and Sanjay had procured this chemical from one mini truck owner, Rajubhai. A 600 liter chemical stock was delivered near Dhandhuka town.

Neeraj Chopra not to participate in Commonwealth Games 2022