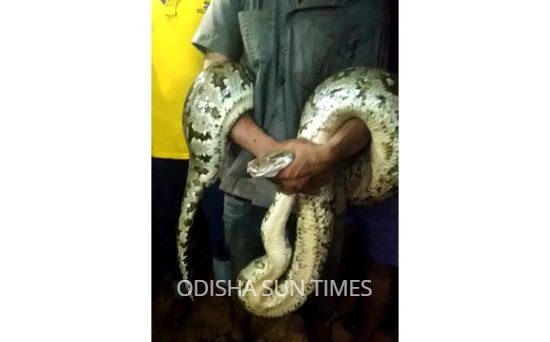 Some villagers initially spotted the reptile near a river and informed the Forest officials, who rescued the snake early this morning.

The python will be released into a nearby forest, a Forest official said.