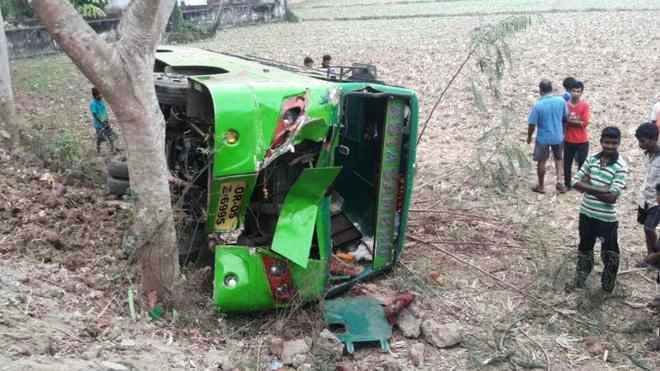 As many as 14 persons sustained injuries when a bus carrying them overturned near Sipi Chhak in Odisha’s Jagatsinghpur district this morning.

According to reports, the mishap took place when the bus was on the way to Cuttack from Nuagaon.

While trying to overtake another bus, the driver of the ill-fated vehicle lost control over the wheels following which it dashed into a roadside tree and turned turtle.

The injured were admitted to the district headquarters hospital.

The driver and helper of the bus fled the spot after the accident.

On being informed, police reached the spot and started investigation.

3 girl students injured as fan falls from ceiling in…