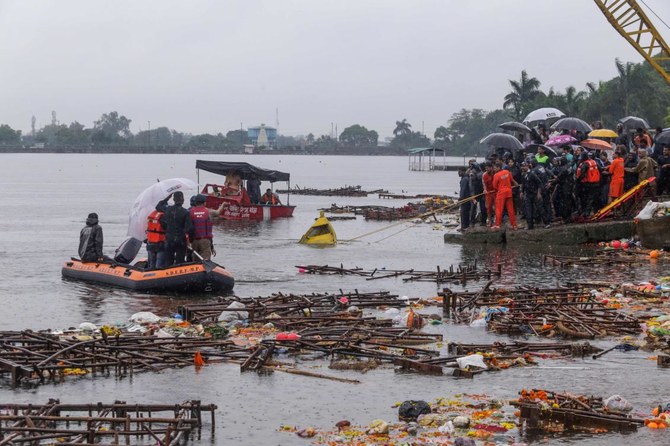 Rajahmundry: The death toll in Sunday’s boat tragedy in Andhra Pradesh’s East Godavari restrict rose to 26 with rescue workers on Tuesday pulling out 14 bodies from the Godavari river, officials said.

About 20 people are still missing as the search operation continued around the accident site and downstream for the third consecutive day.

The tourist boat, with more than 70 people, overturned near Kuchuluru village on Sunday afternoon while on its way to the picturesque Papikonda hills.

As many as 12 bodies were found at Devipatnam near the accident site. Two bodies which had washed away were retrieved from Dowaleswaram barrage.

The rescue workers continued their efforts to locate the boat, which is believed to be stuck at a depth of 315 feet. Due to the strong water current and winds at the accident site, they are finding it difficult to carry out search operation.

Officials said believe that there may be some bodies in the boat as it turned upside down.

The private boat was allegedly being operated without permission and the survivors alleged that negligence by the boat navigator led to the tragedy.

Authorities had stopped plying of boats on the river for the last two months due to heavy inflows from upstream.

Odisha to ban plastic usage in urban areas from Oct 2