146 out of 147 Odisha MLAs cast vote in Presidential Election 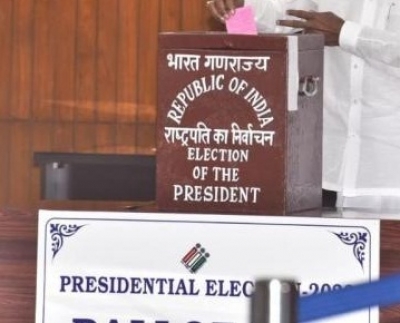 Bhubaneswar: As many as 146 members of the 147-seat Odisha Assembly have cast their vote in the 16th Presidential election held on Monday.

However, Chilika MLA Prasanta Kumar Jagadev did not turn up to the election room.

Earlier on Monday, acting against the party line, senior Congress MLA Mohammed Moquim voted in favour of NDA Presidential candidate Draupadi Murmu, who is a tribal leader from Odisha.

Moquim himself told the media after casting vote for the election.

The BJD along with one independent MLA and an expelled BJD MLA had already announced their support for NDA candidate Murmu.

The ruling Biju Janata Dal (BJD) has 112 MLAs in Odisha Assembly, while the BJP has 22, Congress nine and CPI-M and Independent one each. Two members of the BJD have been expelled. The votes will be counted on July 21 in New Delhi.

With a smiling face, Murmu’s brother Tarani Tudu said he is optimistic that his sister is going to win the election and he has booked tickets for Delhi to celebrate her victory.