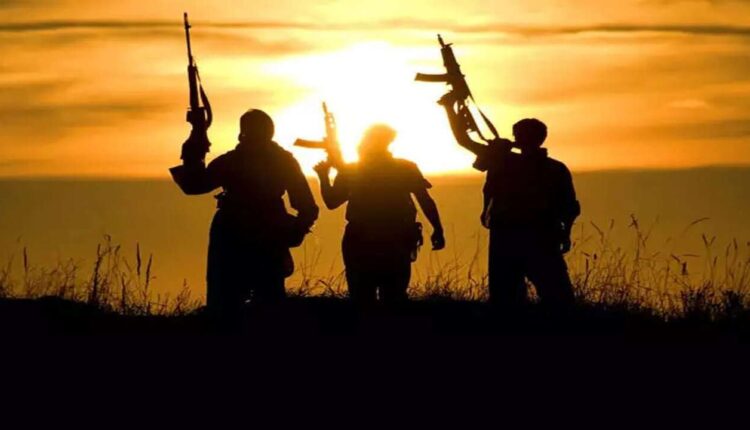 New Delhi: The 15 Bangla-speaking persons trained by Pakistan’s Inter-Services Intelligence (ISI) in a town named Jioni near the Gwadar Port along with two arrested terrorists in explosives handling are suspected to be from West Bengal, a senior IPS officer said on Thursday.

Initially, the Special Cell sleuth suspected that 15 to 16 persons were from Bangladesh but after interrogation of the arrested suspected terrorists, it has come to notice that they are from West Bengal.

After the interrogation of the two arrested — Osama from Delhi’s Jamia Nagar and Zeeshan Qamar from Allahabad — it came to the notice that the 15 Bengali-speaking persons whom they met at Jioni are from West Bengal.

The Special Cell on September 14 in a statement stated that Osama left for Muscat, Oman, on April 22 by a Salaam Air flight from Lucknow. There he met Zeeshan who had also come from India to join training in Pakistan.

“They were joined by 15-16 Bangla speaking people (probably from Bangladesh),” the Special Cell had stated.

“We are trying to make some sketches with the help of the arrested accused,” the IPS officer said on Thursday, adding that subsequently the West Bengal Police would be informed.

Pan-India raids were being carried out by anti-terror units of the states and Delhi Special Cell sleuths on Thursday to nab suspected mastermind of the terror module Humaid.

It is alleged that Humaid, a relative of Osama, was coordinating the entire terror network in India.

“Last known location of Humaid was in Uttar Pradesh. We are in touch with Uttar Pradesh anti-terror squad and raids are being carried out at various places,” said the IPS officer.

It is alleged that Humaid had sent Osama and Zeeshan to Muscat to the join training in Pakistan.

Once they reached Muscat, the ISI took them to the Gwadar Port via sea routes to get them trained in making explosives and bombs.

Osama and Zeeshan were imparted the training of making bombs and IEDs and committing arson with the help of daily use items.

The training in Jioni town lasted for almost 15 days and thereafter, they were taken back to Muscat through the same route.

Apart from Osama and Zeeshan, the other four arrested accused terrorists have been identified as Jaan Mohammad Shaikh, resident of Mumbai; Moolchand from Rae Bareilly; Mohd Abu Bakar from Bahraich; and Mohd Amir Javed resident from Lucknow.

All the accused are in police custody for 14 days.