15 cows run over by train in Agra 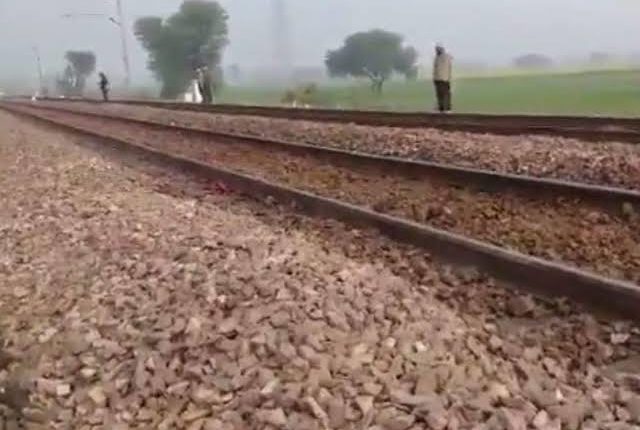 Agra: At least 15 cows were run over by the New Delhi-bound Sealdah Rajdhani Express in Agra on Thursday.

The cows were grazing near the tracks near the Barhan station here and moved on to the tracks as the train approached.

The accident delayed about 13 passenger trains and two goods trains, and traffic was stopped for almost two hours.

According to railway sources, 72 cattle run over cases have been reported from Ferozabad and Agra districts in the past one month. Of these, the majority were in Ferozabad alone.

Ferozabad District Magistrate Chandra Vijay Singh said: “On getting information about the cattle menace from railway authorities, we have shifted nearly 3,000 cattle to 41 shelters in the district. Letters have also been sent to various police stations, tehsildars, SDMs and the Municipal Commissioner to make sure that stray cattle do not roam near the railway tracks.”

North Central Railway chief public relations officer Ajeet Kumar Singh said: “A proposal to fence the tracks, especially between Howrah-Delhi and Howrah-Mumbai sections, was cleared two months ago and work has started on the same. We request the co-operation of district administrations to ensure that no garbage is dumped near the railway tracks as it attracts cattle.”

Now pensioners can get digital life certificate at doorstep…