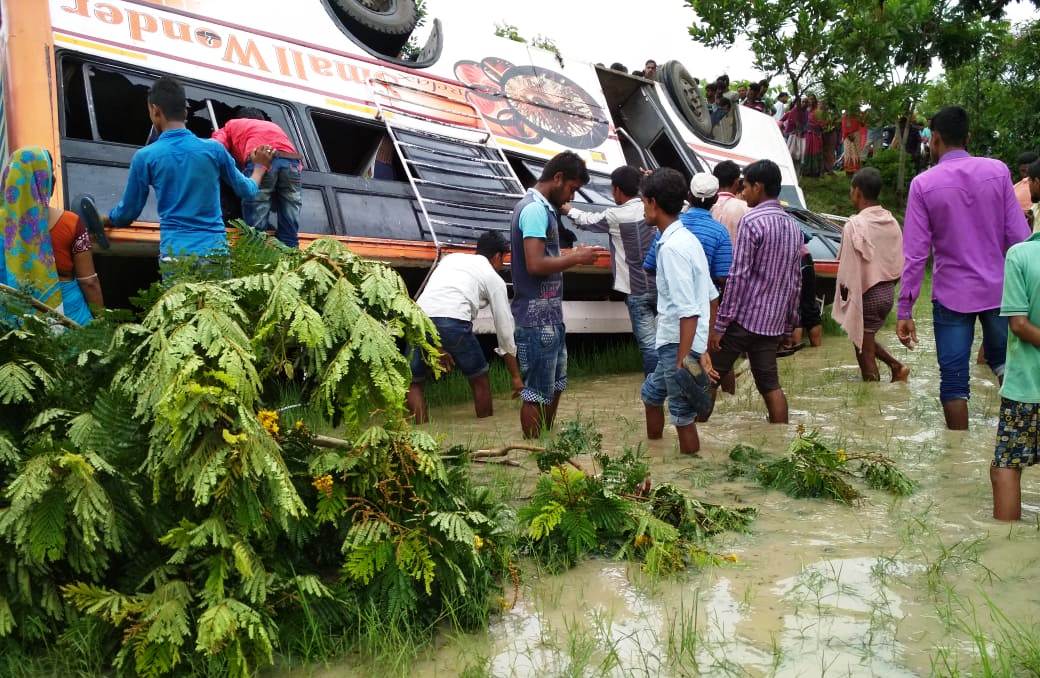 Bhadrak: At least 15 persons were injured, including three critically, when the bus they were travelling in overturned and later skidded off the road at Kiapada village in Basudevpur of Bhadrak district.

The incident occurred when the bus carrying around 60 passengers, mostly college students, lost control and turned turtle at Kiapada at around 10.30 AM.  The driver of the bus fled from the spot soon after the incident.

All the injured were rushed to the Basudevpur Community Health Centre (CHC), from where the critically-injured persons were shifted to Bhadrak district headquarters hospital (DHH) as their condition deteriorated.

On receiving information, police rushed to the spot and started investigation into the incident.

On June 19, five school students were killed and four others sustained critical injuries after a speeding truck hit them near Rahanja square in the district.

More rains to pound Odisha in next 48 hours