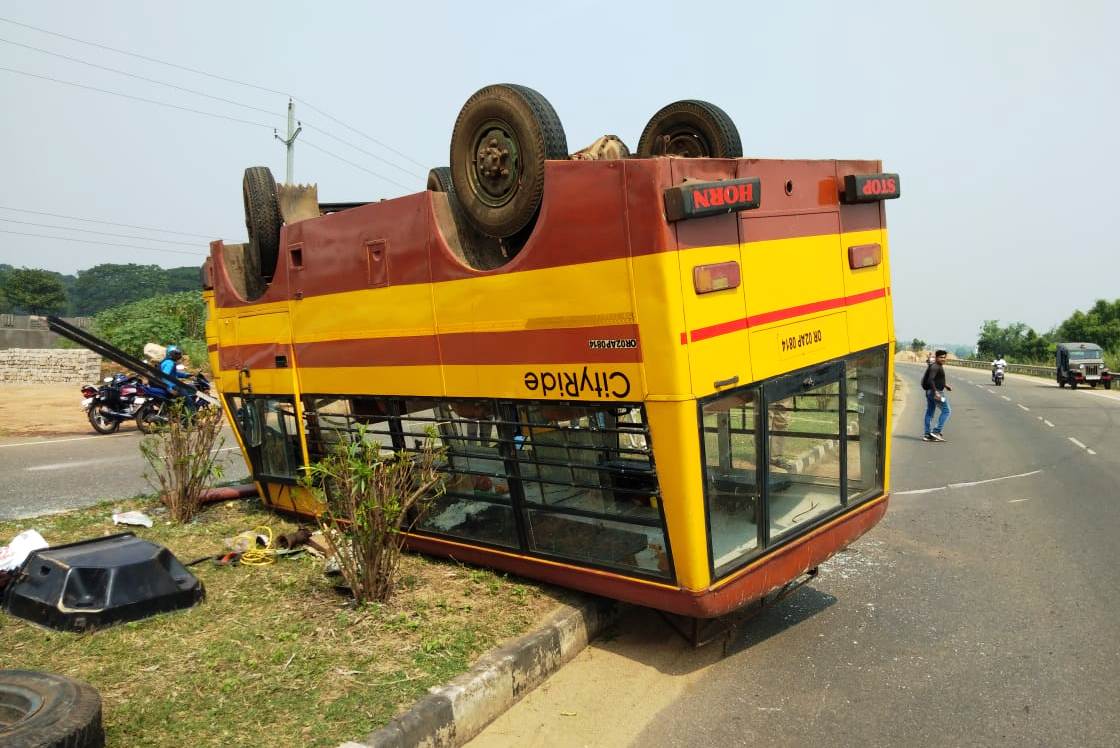 Bhubaneswar: At least 15 persons were injured after a mini bus en-route to Pipili in Puri district from Bhubaneswar turned turtle near Sisupalgarh Mahotsav Ground on Cuttack-Puri bypass road today.

Source said around 18 labourers were travelling to Pipili from Sikharchandi area here in the bus for their work. However, the bus lost control and overturned after its rear tyre exploded.

A major mishap was averted as no casualty was reported in the the mishap. The injured passengers were later admitted to Sri Sri Borda Hospital near Lingirpur, Capital Hospital and BMC Hospital here.