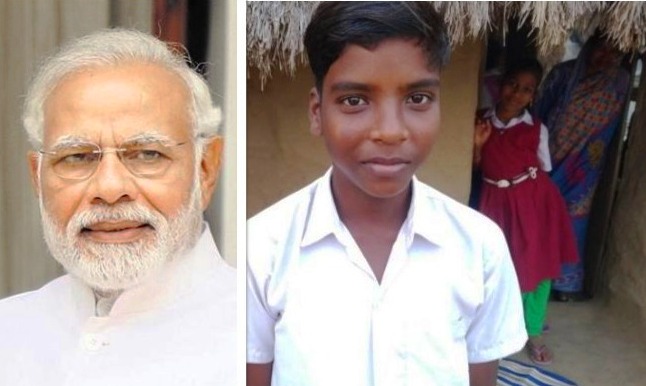 Kendrapara: Fifteen-year-old Situ Malik from Kendrapara district will be awarded with the National Bravery Award by Prime Minister Narendra Modi for exhibiting exemplary courage in saving his uncle from a crocodile attack in February this year.

Situ, a Class-10 student of Basudebpur Vidyapitha at Kandira village in the district, will receive the coveted award, instituted by Indian Council for Child Welfare, from the Prime Minister on January 23, 2019.

Worth mentioning Situ had saved his paternal uncle Binod Malik from the jaws of an estuarine crocodile that had sneaked into the village pond on February 20 this year.

Binod and his nephew Situ were keeping a watch on their harvested paddy crop at Kandira village under Rajnagar block when the incident had occurred.

On this day in 1986, India-Australia played one of only two…

Close shave for woman in crocodile attack in Odisha’s…