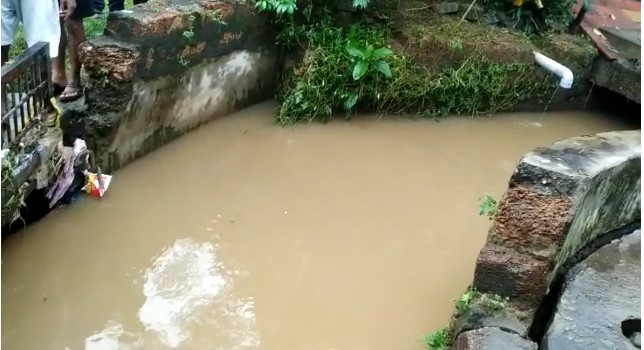 Bhubaneswar: In an unfortunate incident, a 15-year-old boy went missing after reportedly falling into an open drain during intense spell of rainfall here today.

The missing boy has been identified as Jyotirmaya Behera. He was reportedly swept away near Lane.7 of Shatabdi Nagar Bank Colony in Siripur area while he was going to tuition on his bicycle in the afternoon on Sunday.

After the student fell into the sewer, the locals present at the area went for rescue.

“We have no exact information as to how our child was swept away in the drain water. The eyewitnesses are saying that he slipped into the flooded drain caused by heavy rainfall while crossing the road and went missing,” one of the victim’s relatives said.

His bicycle and one shoe were recovered from the incident site, but we did not find him yet, he added.

The fire services personnel and police launched search operation to trace the missing boy in the water channel.

Till the last report came in, the search operation was underway.