150 migrant labourers of Odisha rescued from brick kilns in Bangalore 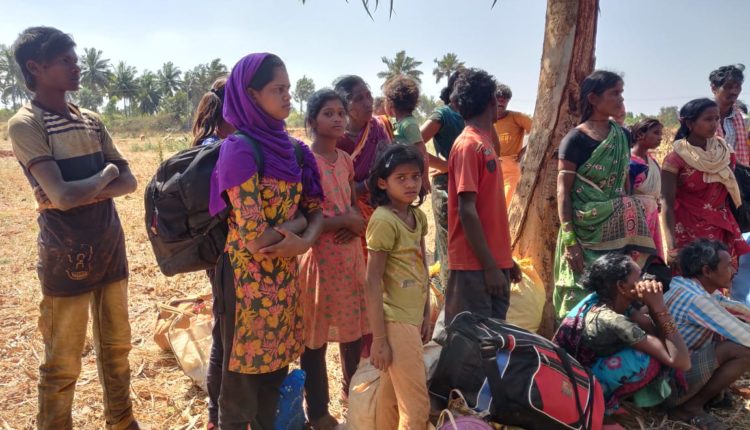 Bangalore: More than 150 labourers trafficked from Odisha’s Balangir and Nuapada districts were rescued today from two brick kilns in Bangalore. The police have detained four persons in connection with the incident.

Sridevi, a rescued labourer said that all their family of three had for the meal was rice gruel. “We had to suppress our hunger with just two meals a day – lunch and dinner. It was the same meal, the same portion every day. My 3-year-old son has got tired of eating this and tasting sweets is only a dream for him,” said the mother showing her pot of gruel.

While the detained persons are being interrogated by officials from Rajankunte and Soladevanahalli Police Stations, initial reports confirmed that the brick kilns were being run by two brothers.

As per sources, a similar raid had been conducted in the same area in 2015 resulting in the rescue of more than 200 victims.

Revenue officials collecting details of the rescued labourers to facilitate disbursement of the release certificates, informed that the survivors are likely to reach Odisha on Thursday.

The initiative includes a State Action Plan to prevent Labour Trafficking in 11 affected districts in Western Odisha and ensure the safety and welfare of Odia migrant workers in other States.

Over 20 migrant labourers injured as bus overturns in…