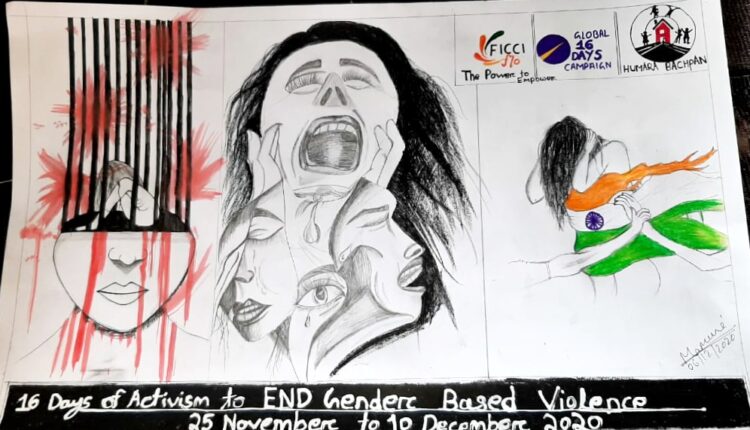 Bhubaneswar: Violence against women is rampant all over the world and India is one among the list of countries at the top of the list. To act on prevention through building awareness, supporting the survivors through legal protection, ensuring their wellbeing through mental health interventions and ensuring their rehabilitation through social security measures, Humara Bachpan Trust (HBT), a Bhubaneswar based pan-India NGO every year, observes the 16 days of Activism Against Gender-based Violence and takes different measures to create awareness to prevent all forms of violence against women and girls.

The 16 Days of Activism Against Gender-Based Violence against women is an international campaign originating from the first Women’s Global Leadership Institute. “16 Days,” as it has become known, is a concerted effort globally from awareness to accountability.

The dates for the campaign were chosen to link violence against women and human rights and emphasize that gender-based violence against women is a violation of human rights. This year is like no other, COVID-19 pandemic has brought new sets of vulnerabilities for women and girls; school closures and economic strains have left women and girls poorer, out of school and out of jobs, and more vulnerable to exploitation and abuse by intimate partners, forced marriages and harassment. 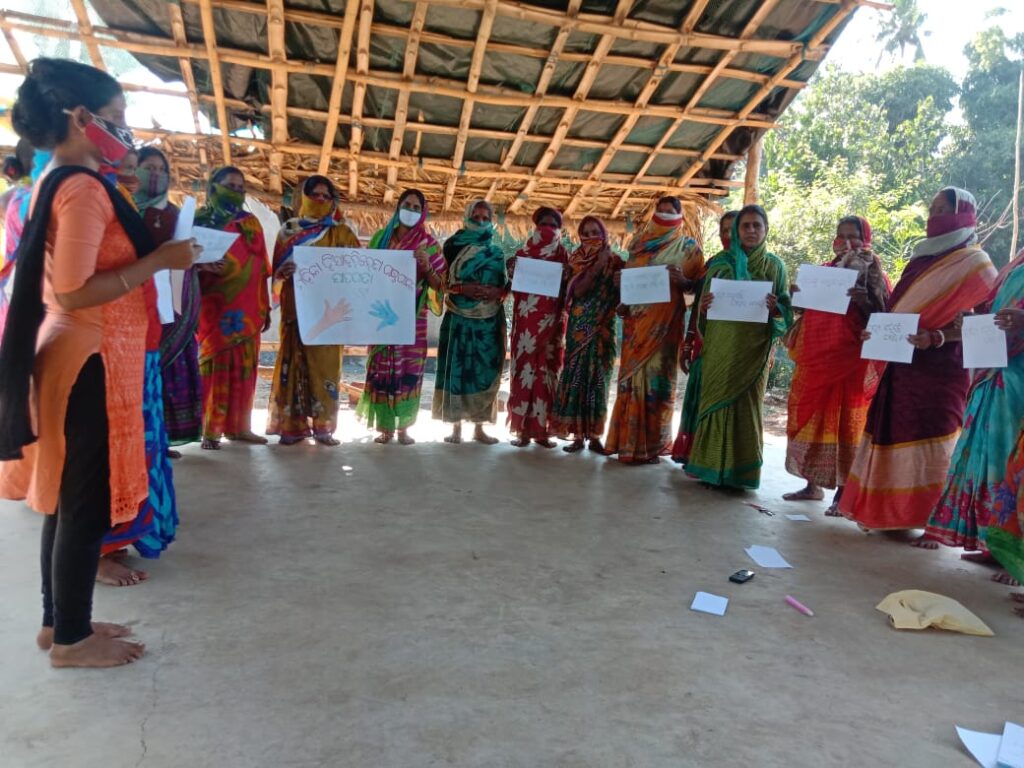 HBT in partnership with FLO launched the ‘one million rising’ campaign to accelerate the voices against the violence against the women reaching out to every households of our operational areas.
A signature campaign to spread awareness was initiated since 25th November and till date 22185 people have signed and pledged to end violence against children and women.

A series of open mic among women workers such as migrant construction workers, domestic workers, agriculture labour and other daily wage earners were organized in tribal pockets of Sambalpur and Sundargarh districts, Tilori, Ghirongi & Singhwari villages of Bhind, Madhya Preash and urban communities of Cuttack and Bhubaneswar. Through the program, women workers came forward and shared their workplace related challenges and other associated social issues. More than 2500 women participated in the community level open mic program.

Women including women workers are at heightened risk of gender-based violence, loss of income and future insecurity in the present pandemic context. To address these, linkages building of the at risk households under different social security measures is happening as part of the 16 days activism; 20 women casual workers from Budheswari Labour colony, Pichu Basti, Rangani Sahi, Jagannath Basti Press colony & OAUT Farmgate basti of Bhubaneswar were facilitated to get job cards and 42 women street vendors from Pichu Basti, Rangani Sahi, Adeikhala and OUAT Farmgate basti were linked with Pradhan Mantri SVANidhi yojana to receive micro credit facility to revive their pandemic impacted business .

Adolescent girls were sensitized about different forms of violence and gender based discriminations though a series of activities such as paintings, rangoli, role play, slogan writing etc. More than 2000 adolescent girls have been sensitized as part of the 16 days activism in Sambalpur, Sundargarh, Satapada (Puri) and Bhubaneswar. 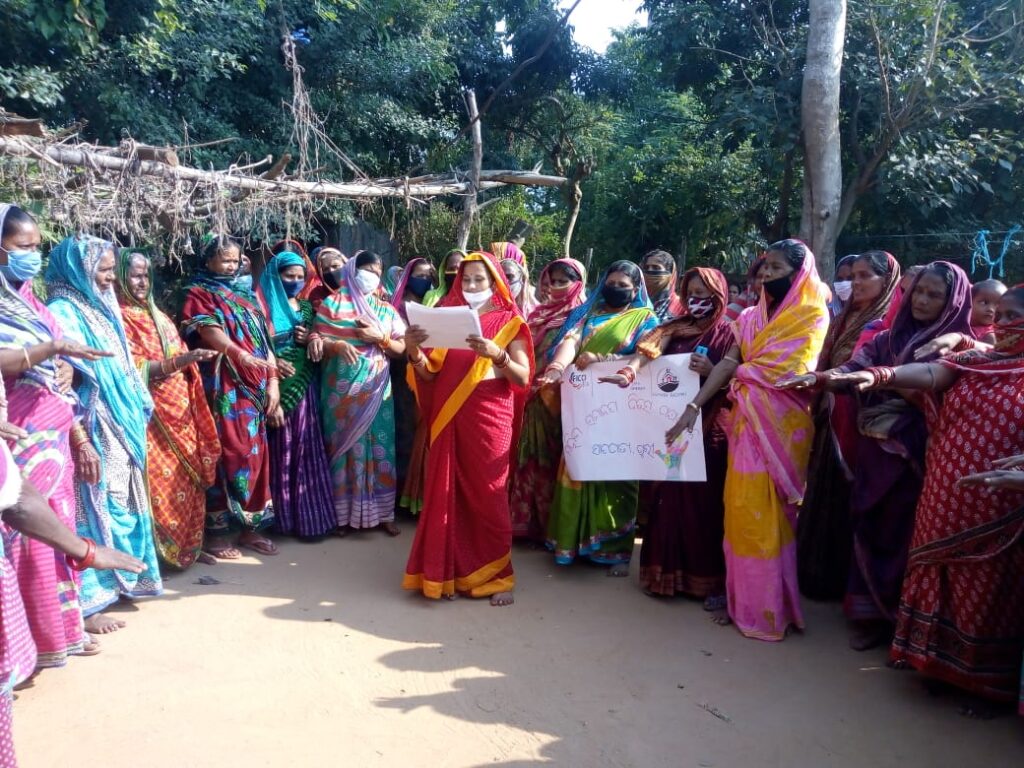 To make communities and public places safe for women and girls, gender audits were conducted by adolescent girls to identify unsafe places; the audit findings and the recommendations are presented to the concerned authorities; Gender audits have been conducted in three places of Bhubaneswar
In public places such as railway station, local markets etc one to one sensitization building happened to sensitize people to act and report against violence against women if they are coming across any; 5020 passengers have been reached out through the railway station campaign organized on daily basis at Master Canteen Railway Station, Bhubaneswar during the period.

Virtual events were organized by FLO where speakers from different spheres including legal experts, gender specialist, academicians and researchers shared their opinion about gender sensitive law reforms and mechanisms to prevent and eliminate violence against women.

The 16 days activism campaign of FICCI FLO and Humara Bachpan Trust conducted in cities and villages across India reaching out to 1 million men, women, children and youth of under privileged communities.

16 DaysActivism Against Gender-based ViolenceViolence against women