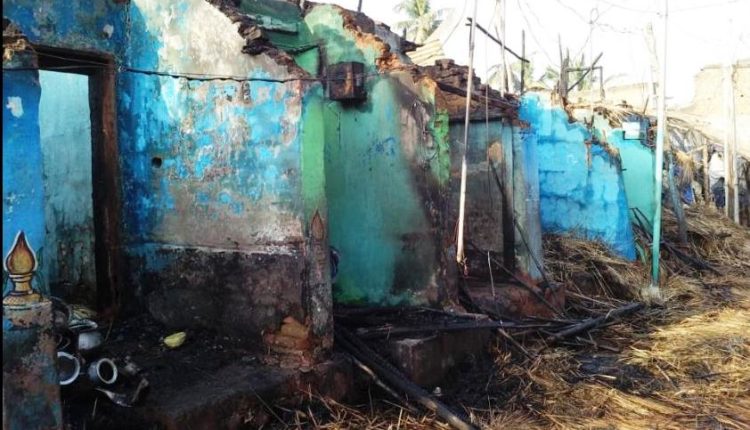 Berhampur:  At least 40 rooms of 16 families were reduced to ashes after a major fire broke out at Khadala village under Sorada police limits in Ganjam district in the wee hours today.

Sources said a fire broke out in the kitchen of a house at Khadala Sahi at around 4 AM today. The fire later engulfed adjoining rooms of 16 villages. Property including paddy crops were reduced to ashes in the mishap. Later, a firefighting team rushed to spot and doused the flames with the help of locals.

Meanwhile, the district administration reached the spot and distributed relief materials to the affected families. The district officials are also estimating the loss of property in the mishap.

However, the cause behind the mishap is yet to be ascertained.