1600 lawyers will surrender licence if one of them is suspended: Sambalpur Bar Association 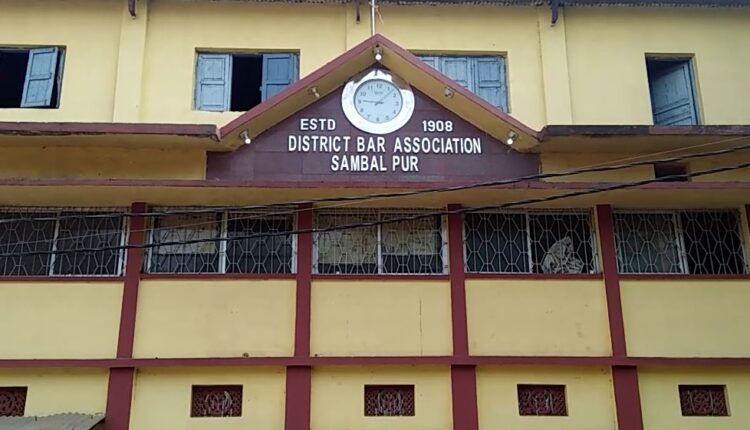 Sambalpur: While the Supreme Court had reprimanded the agitating lawyers in Odisha and asked them to resume work warning them of contempt proceedings or license suspension, the Sambalpur District Bar Association said that around 1600 lawyers will surrender their licence if one of them is suspended.

The agitators have decided to continue the cease-work demanding establishment of a permanent bench of the Orissa High Court in Sambalpur.

Sureswar Mishra, President of Sambalpur District Bar Association, said, “The lawyers will continue the agitation until fulfillment of our demands. If one lawyer is suspended, 1,600 lawyers of the bar association will surrender their licences. We are not afraid of consequences.”

He also condemned the order of the Bar Council of India and State Bar Council to suspend the executive body of Sambalpur District Bar Association saying that they don’t have the right to suspend a democratically-elected body.

Notably, the members of the bar association had on November 2 announced to resort to cease-work agitation to press their demands.

The Supreme Court had on November 14 warned that it could initiate contempt proceedings or suspend licences of the striking members of the bar associations in several districts of Odisha, as it asked them to resume work by November 16.

A bench, headed by Justice Sanjay Kishan Kaul, said it expects full working by all bar associations by Wednesday, and if they fail, then it might result in contempt of court and also suspension or cancellation of licences. The bench emphasised that access to justice is the foundation of the legal system, expressing discontent with the striking members of the bar associations, adding that the court would come down very heavily if the abstention from work continues.

The top court was hearing an application filed by the Registrar General of the Orissa High Court saying the bar associations’ strike, in several districts, has seriously hampered the judicial work in all the subordinate courts.

The bench said it expects full working by all the bar associations by November 16, failing which the Bar Council of India may proceed with action against the office bearers.