17 rooms razed to ashes as fire breaks out in Bhadrak 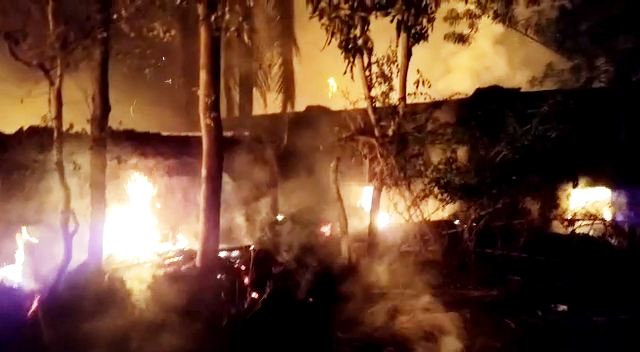 Bhadrak: At least 17 rooms of eight families were gutted after a fire broke out at Totapada village under Chandbali block in Bhadrak district late last night.

Though no casualty or injuries were reported, property worth over Rs 10 lakh has been destroyed in the mishap.

Sources said a fire erupted from the kitchen of a house and quickly spread to the adjacent rooms of around eight families. On receiving information, three firefighting teams rushed to the spot and doused the flames.