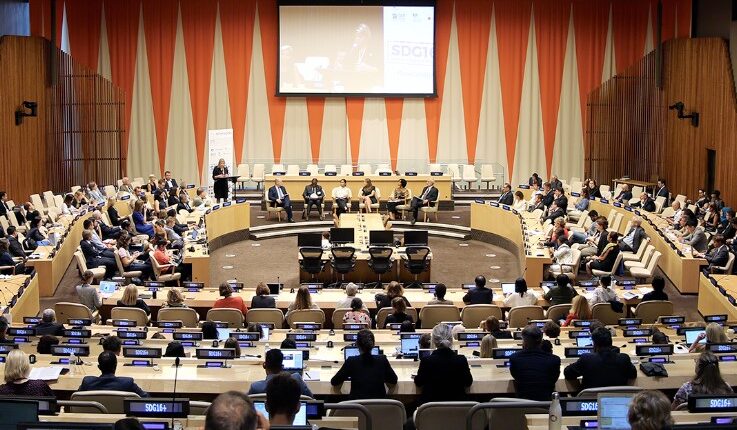 United Nations: Seventeen states were elected into the UN Economic and Social Council (ECOSOC), the coordinating body for the economic and social work of UN agencies and funds, for a three-year term.

The states were elected on Friday by secret ballot with a two-thirds majority of the member states present and voting in the UN General Assembly, Xinhua news agency reported.

They were elected for a three-year term beginning January 1, 2023.

In a by-election for rotation within the Western European and other states group, Liechtenstein was elected for a one-year term beginning January 1, 2023. It will replace Austria.

After Friday’s voting, one seat remains to be filled for the Eastern European group for a three-year term beginning January 1, 2023, as no other candidate besides Slovakia and Slovenia could obtain a two-thirds majority after six rounds of voting.

In the first round, Russia won 118 votes, 10 votes short of a two-thirds majority. It entered a second-round runoff with North Macedonia, which gained the second-largest number of votes in the group after Russia.

In the subsequent rounds, first restrictive then unrestrictive, neither Russia nor North Macedonia could gain enough votes for election. A new set of rounds will take place at a later date to be determined.

ECOSOC has 54 members, which are elected each year by the General Assembly for overlapping three-year terms. Seats on the council are allocated on the basis of geographical representation with 14 seats to African states, 11 to Asia-Pacific states, six to Eastern European states, 10 to Latin American and Caribbean states, and 13 to Western Europe and other states.