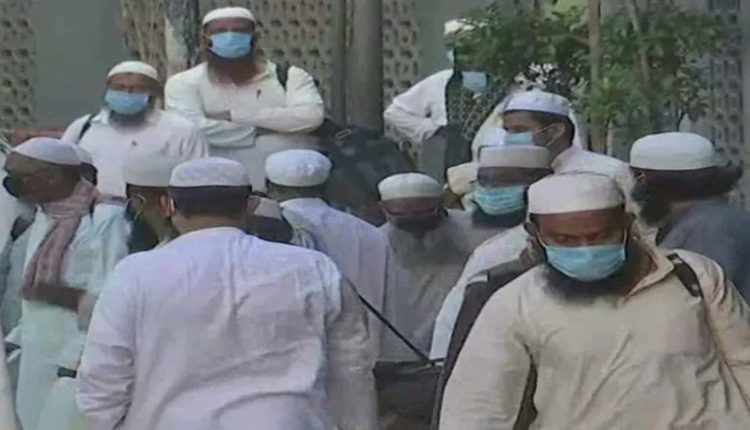 Bhubaneswar: Of the 27 persons including seven foreign nationals, who came to Odisha after attending the congregation at Nizamuddin in Delhi, 19 have tested negative for COVID-19 and all are quarantined in the state, said Health and Family Welfare department sources today.

The contact tracing exercise tracked 27 Tablighi Jamaat returnees in the State so far, the sources added.

While the state government still does not have a clear idea about the number of people who went from Odisha to the religious congregation at Nizamuddin, a senior police officer said at least 37 people including seven from abroad have so far been traced having links with the Delhi event.

“So far till Thursday noon, we have traced 37 persons including seven from abroad, who attended the event at Nizamuddin,” the senior police officer told PTI, adding that the seven foreign nations comprise six from Sudan and one from Djibouti.

The officer said the state government has engaged personnel in tracing all the people who attended the event at Nizamuddin, a COVID-19 hotspot in Delhi.

Meanwhile, Khurda District Collector S K Rout said that 13 persons from the district took part in the religious congregation in Nizamuddin. Of the 13 persons, seven are from Jatni and three each from Tangi and Khurda, the collector said.

“Nine of them are now kept at a quarantine centre in New Delhi and one at a hospital at Kishanganj in Bihar while the remaining three persons, who have returned to Khurda, have been admitted to hospital isolation ward. Their blood and swab samples were sent to AIIMS, Bhubaneswar, on Wednesday for the COVID-19 test,” the collector said.

Jajpur district administration on Thursday said that it had traced two more persons from the district who had attended the event at Nizamuddin in Delhi.

“The blood and swab samples of these two persons and their families will be sent for medical tests” the collector added.

Over 16,000 prisoners released from Odisha jails amid COVID…