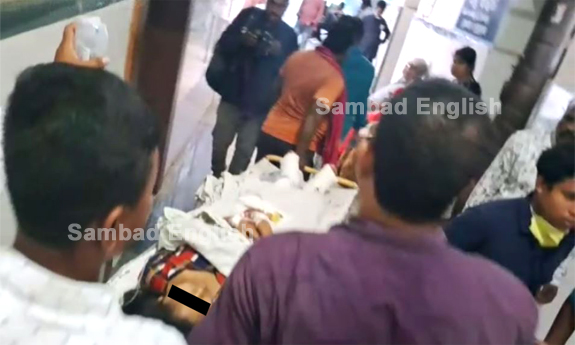 Sambalpur: A girl employee jumped off the roof of a private college hostel today in her bid to commit suicide near Majhipali locality under Sasan police limits in Sambalpur district. She sustained grievous injuries in the attempt and is now undergoing treatment at Burla VIMSAR in critical condition.

The 19-year-old girl was identified as Anjali Kumbhar and she belongs to Bolangir district.

Anjali works as a cook in the educational institution. The girl jumped from fifth floor in the morning at around 8.00 am. Her left leg has broken in the incident. However, cause behind the attempt has not been ascertained yet. “She went up to the floor and attempted to die by suicide when the girl was noticed by a few people. They shouted to stop her, but to no avail,” a private source said.

Despite attempts, views of the college authorities could not be obtained.

Local police have initiated a detailed probe into the incident.