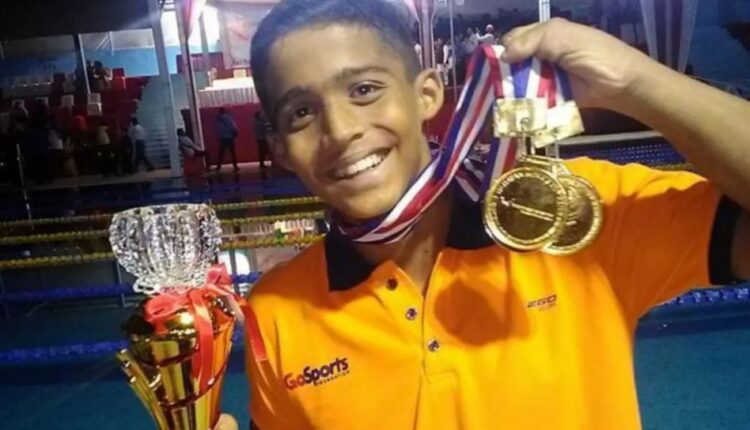 Amartya, who hailed from Salkia in Howrah district in West Bengal, was undergoing treatment at the hospital for a spinal cord disorder, which had left his lower body almost paralysed.

The champion swimmer, who won around 30 medals at the national level, made his mark in the sub-junior and junior levels between 2015 and 2017 after he was classified under temporary disability category. But he was not allowed to compete in the Asian Youth Para Games in Dubai in December 2017 following a protest over his disability. He was disqualified soon after and declared “ineligible” by the International Paralympic Committee (IPC).

A report in saachibaat.com had said days before the champion swimmer’s death that Amartya’s condition was serious and his father wasn’t able to afford his treatment in a private hospital.

The report said that, Amartya’s spinal cord had become “completely unbalanced” and the lower part of the body had stopped working. “In medical terms, this is called arteriovenous malformation (AVM). As a result, he is lying on the bed,” the report had said.

His father, Amitosh, had been quoted as saying that the treatment of his son was only possible at AIIMS (Delhi) or in hospitals in England and the US, and it would cost around Rs 50 lakh to treat him abroad.

The report also said that renowned India swimmer Meenakshi Pahuja was “doing everything possible” to get Amartya back on his feet, adding that the swimmer’s parents had knocked on every door, including the Sports Ministry, Sports Authority of India, Paralympic Committee of India for help.

It said that the father earned a salary of Rs 18,000 per month and had spent his life’s savings on the treatment of his son.