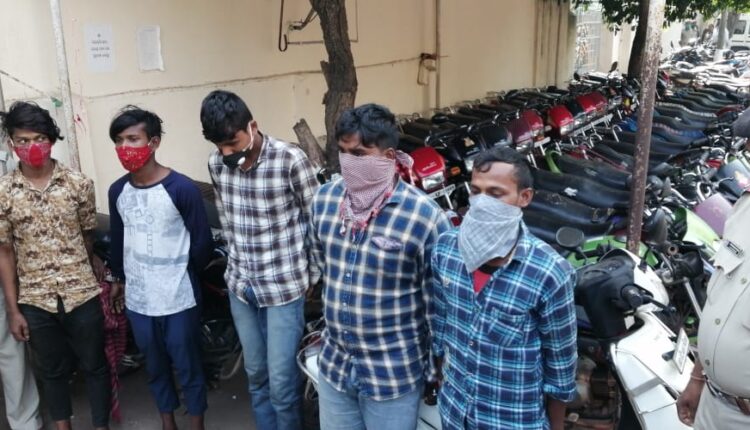 Reportedly, one Mohan Barik (23) had lodged a complaint at Nayapalli Police Station on  November 20 alleging that his bike was stolen from his garage on November 17 night. The cops had registered a case and begun an investigation.

Acting on reliable information, raids were conducted and one of the two accused were arrested in front of Kalinga Stadium last night. During interrogation, he confessed that he committed theft of two speed bikes for the purpose of snatching and has  stolen motorcycles from Nayapalli, Chandrasekharpur,  Mancheswar and Saheed Nagar areas here with his associate .

The accused also confessed that he had escaped  from Chandrasekharpur police station on May 17, 2020. Besides, he and his associate committed  similar crime in Saheed Nagar and other parts of Bhubaneswar UPD.

Following his confession, police arrested his associate. The two arrested are Prashant Ghadei (21) of Itamati police station area and Dhira Naik (19) of Lathipada village under the same police limits in the district. Their involvement in other cases are under verification, said Nayapalli PS IIC.