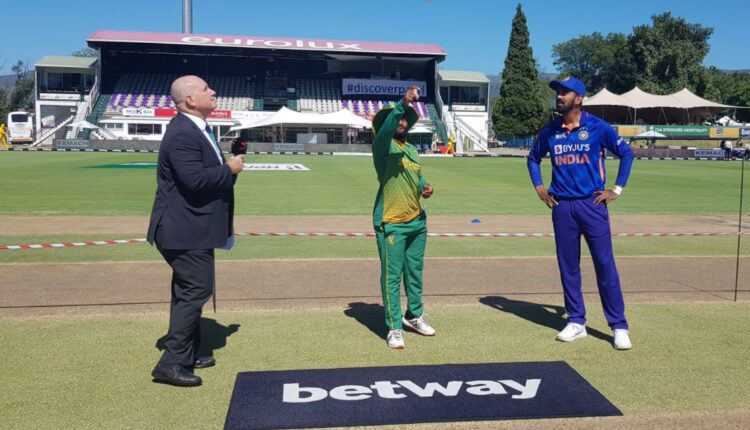 Paarl: South Africa captain Temba Bavuma won the toss and opted to bat first against India in the first ODI of the three-match series at Boland Park, here on Wednesday.

Bavuma said his team will look to make use of the best of the batting conditions.

“Wicket looks a bit dry. Would like to make use of the best of the batting conditions. Hopefully it slows up and the slower bowlers can get in the game. Hard to get away from the high of the Tests. But we will have to focus on today, in a different format, and have to ensure our basics are in touch,” said Bavuma at the toss.

“Opportunity for us as a one-day team to get our game in order. Have got a standard team. Marco comes in, obviously we don’t have KG (Rabada) available. Two spinners,” he added.

On the other hand, India skipper KL Rahul confirmed that Venkatesh Iyer is making his ODI debut while Shreyas Iyer will bat at four.

“Would’ve wanted to bat first. We’re always ready to do both things. (Wicket) Looks a little bit dry. Have some quality spinners in our attack. With Bumrah and Bhuvi starting, hopefully they’ll get a couple early with the swing. Venkatesh Iyer is debuting, Shreyas Iyer to bat at four. Last couple of days and right after Tests there was a lot going on,” said Rahul at the toss.

“Emotional for the team. (A) lot of us have debuted under Virat. Obviously he’s still with us and an integral part of the team. Just want to try out a few things in terms of tactics and strategies. Personnel will not change much. Want to give them a good run. Experimentation doesn’t mean we’ll go in and start hitting from ball one,” he added.