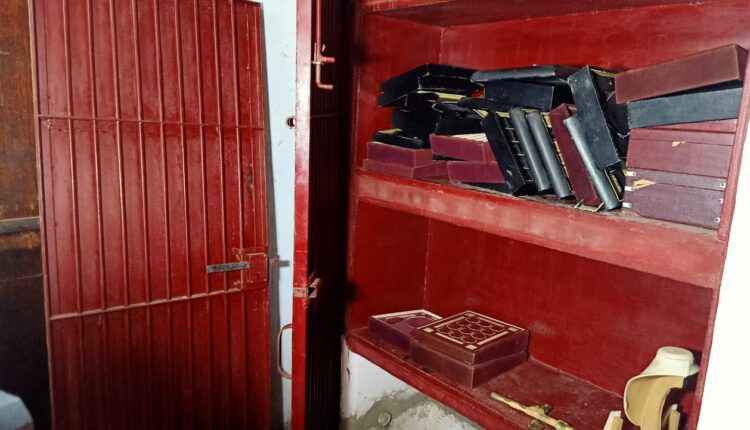 When shop owner of Vinod Jewellers located at Bada Bazaar, J. Ravi Kumar opened his shop today morning, he found the iron chest in store room of the shop was broken. The door of the first floor and asbestos roof of the staircase of the jewellery show room were also broken. It was suspected the miscreants entered the jewellery showroom through the broken asbestos roof.

The front side of the jewellery show room has the display and the selling point whereas the store room has been located inside.

Based on a complaint filed by the shop owner, police along with scientific team reached the spot and launched an investigation. Police also examined the footage of CCTVs installed at the showroom.

A case number 222/20 has been registered at Bada Bazaar police station, informed a police official.

Former sarpanch critical in attack by miscreants in…