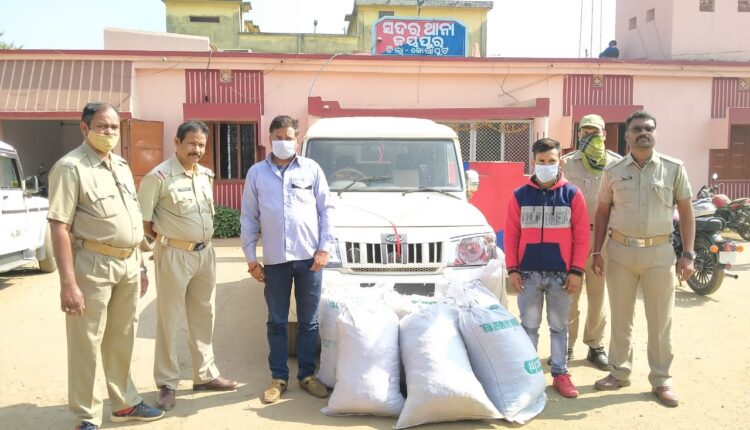 The accused persons have been identified as Surendra Prasad (41) and Badal Kumar (23) of Patna district in Bihar.

Acting on a tip-off, police intercepted a SUV with no registration number near a railway overbridge at Umuri village in Koraput district. The vehicle was en-route to Patna. The cops later searched the vehicle in presence of Executive Magistrate  and seized 101 kg cannabis after the occupants failed to show documents in support of possession of the contraband item.

The cops also apprehended the two persons and seized the vehicle and two mobile phones from their possession.