2 dead, 2 others injured as tractor turns turtle in Mayurbhanj 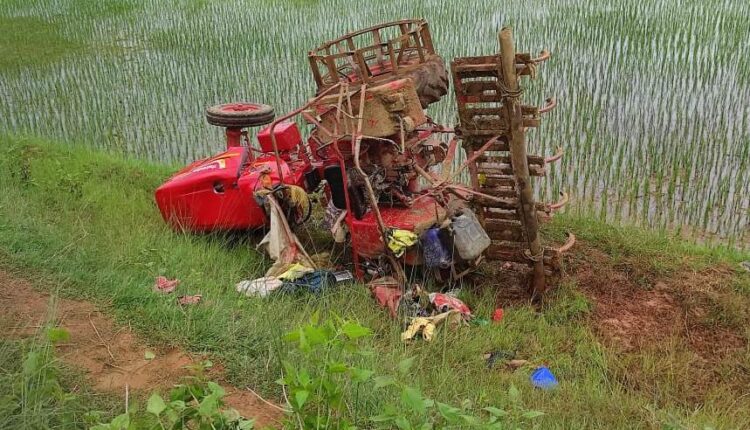 Rairangpur/Badampahar: In a freak road mishap that took place today morning, two women were killed on the spot and two more sustained grievous injuries after a tractor overturned on them at a place under Badampahar police limits in Mayurbhanj.

According to a police official, four women of Keshargadia-Dalaki village in the district were walking their way to nearby Purunia village to work in a farmland. A few other persons were travelling to the same village in tractor (bearing registration number OD-11 W-1159) for ploughing purpose.

However, just before reaching their destination, driver of the vehicle lost control over it near Purunia canal, thereby leading to the fatal accident.

As a result, the tractor tuned turtle on two of the women and they died on the spot.

On being informed, Badampahar police reached the accident site and rescued the two injured women. Later, police sent them to Rairangpur sub-divisional hospital in critical condition.

Driver of the tractor fled from spot following the road mishap, the senior official added.

Police have seized the vehicle and launched a probe.