2 dead, 34 injured as bus falls off bridge in Odisha’s Kalahandi 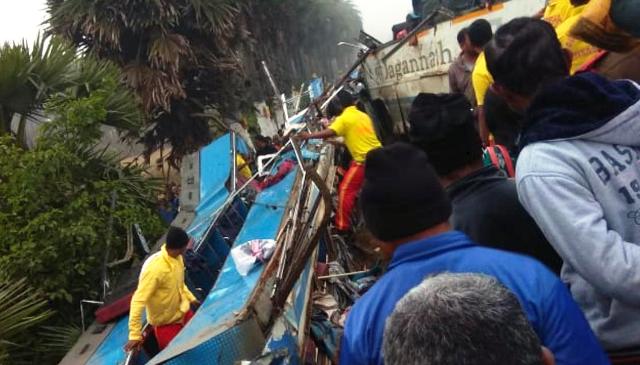 Bhawanipatna: At least two persons died and 34 others sustained injuries after a bus carrying them fell off a bridge near Jolako in Kesinga area of Odisha’s kalahandi district early this morning.

The ill-fated bus carrying passengers was on the way to Jeypore from Bhubaneswar. The driver lost control over the wheels while the vehicle was moving on a bridge, as a result of which it fell off the bridge and overturned on road.

On being informed by locals, Fire personnel and police reached the spot and rescued the injured ones. The identities of the deceased were yet to be established, till last reports came in.

The victims have been admitted to the Kesinga Community Health Centre for treatment.