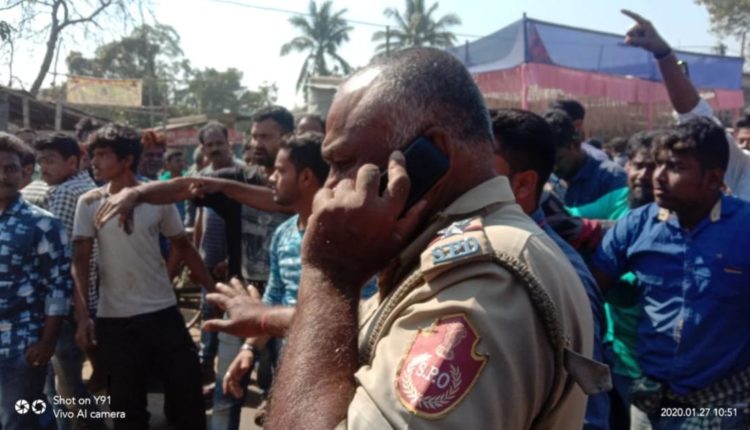 Cuttack: Two persons were crushed to death after a speeding truck rammed into a motorcycle near Pir Bazaar on Cuttack-Salipur road this morning.

One of the two deceased has been identified as Satyajit Patra (24), a resident of Rajkanika area in Kendrapara district while identity of another  is yet to be ascertained.

Sources said the truck was moving in high speed to avoid penalty by PCR officials for traffic violation on Cuttack-Salipur road. The driver later lost control and ran over a motorcycle coming on the opposite direction near Pir Bazaar. The two died on the spot.  Soon after, the truck driver fled leaving his vehicle on the spot.

On receiving information, police reached the spot, seized the truck and launched a manhunt to nab the driver.