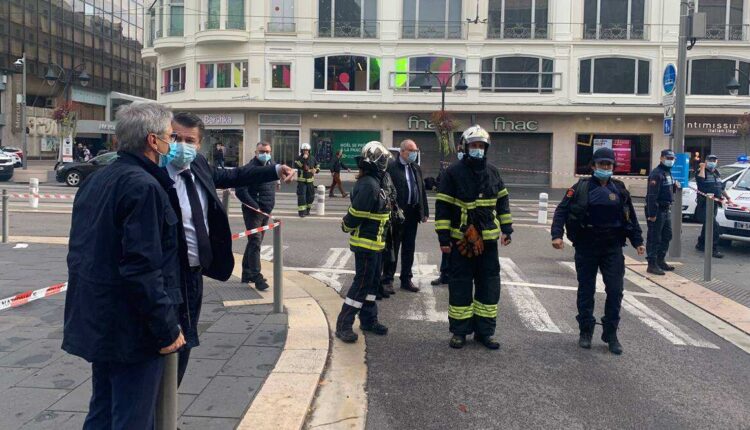 In a tragic turn of events, at least 3 people have been killed and many injured when an “islamo-facist” attacked people in the Notre-Dam Basilica in Nice, France.

Nice Mayor Christian Estrosi has confirmed that everything about the knife attack suggested an act of terrorism.

A police spokesperson said that at least two victims, a man and woman, 70, were decapitated and another woman, 40, managed to escape but succumbed to her wounds shortly after.

The suspect was taken into custody and admitted in a hospital after he was shot by a cop at the scene. Mr. Estrosi claimed that the attacker, who is thought to have been working alone, repeatedly shouted “Allahu Akbar” even after his arrest.

‘My colleagues were smoking downstairs. They hurried upstairs indicating that there was a madman outside. We heard several shots. Six or seven. ‘About 20 of us took refuge in the office. It was very distressing. We saw the police and the CRS enter the church. We moved away from the windows’, a witness told Nice-Martin.

A minute of silence was observed by The Members of the National Assembly after the news of the terror attack came out. Dean of Nice Centre, Gil Florini said that they have been warned that the approaching All Saints’ Day on 1st November could mean that there is a chance of “additional attacks” in the coming few days. This incident has occurred just two weeks after the beheading of a teacher for showing caricatures of Prophet Muhammad in his freedom of expression class.

‘The murder and beheading of Samuel Paty and the attack in Nice earlier today must be condemned in the strongest possible terms. Such grievous attacks are completely against the teachings of Islam. ‘Our religion does not permit terrorism or extremism under any circumstances and anyone who claims otherwise acts against the teachings of the Holy Quran and contrary to the noble character of the Holy Prophet of Islam.’ said World Head of the Ahmadiyya Muslim Community, Hazrat Mirza Masroor Ahmad. He condemned all forms of violence and expressed his “deepest sympathies” to the victims and their families.