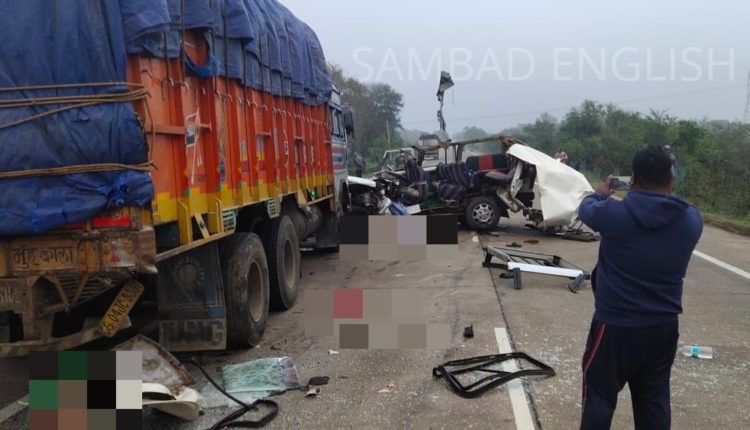 Balangir: At least three persons, including a woman, died and six others sustained critical injuries as an SUV in which they were travelling hit a truck near Bairasar on Balangir-Sonepur road in Odisha, today.

The decaesed have been identified as Pabitra Sahu, Tej Bag and Shakuntala Sahu. According to reports, as many as 15 persons of Bhumer in Patnagarh area of Balangir district were heading towards Puri in the SUV when the ill-fated vehicle dashed against a stationary truck from rear.

While the three died under the impact of the collision, the injured ones were rescued and admitted to the Bhima Bhoi Medical College & Hospital here for treatment.