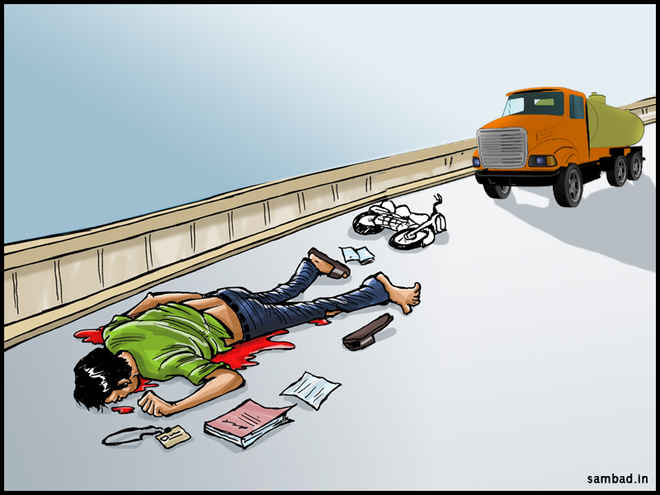 Two persons were killed this afternoon after the bike on which they were travelling was hit by an unidentified vehicle in Kendrapara district of Odisha.

The deceased have been identified as Ajay Swain (45) and Khageswar Swain (40).

According to reports, an unidentified vehicle hit the two-wheeler on NH-5A near Aanlapada under Derabish block in the district killing them on the spot while they were returning home after filing nomination paper for the upcoming rural election in the state.

On being informed, police reached the spot and investigations were on.

Police are yet to trace the vehicle that killed the two.