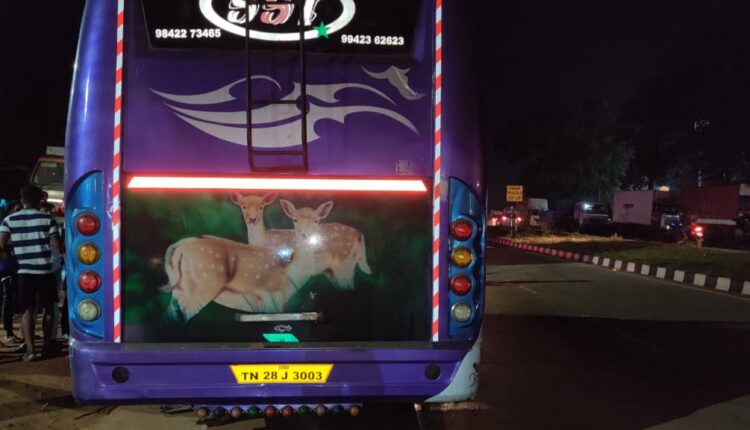 Baripada: As many as two persons travelling on a motorcycle died after the two-wheeler collided head-on with a bus on NH-18 near Manchabindha in Odisha’s Mayurbhanj district today.

The deceased were residents of Manjipur in Betnoti area of the district.

According to reports, the mishap took place when the driver of the motorcycle was driving the vehicle in wrong direction of the road. As it collided with the bus, the two fell from the motorcycle and died on the spot.

The bus had arrived from Tamil Nadu for carrying migrant workers from Baripada. Police have seized the bus and started investigation into the incident.