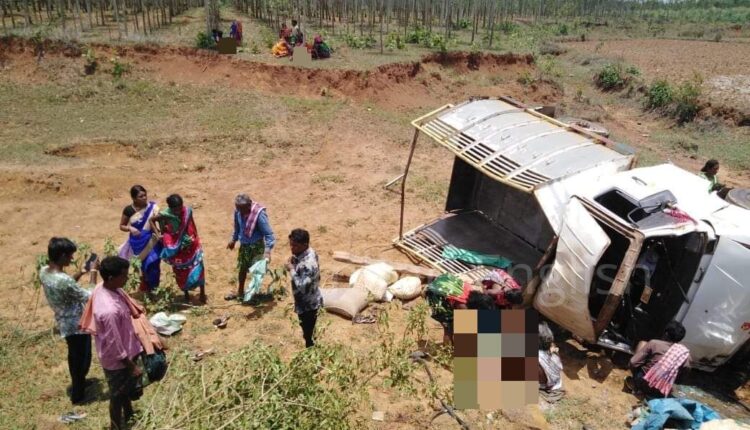 Koraput: In a tragic incident, two women died and over 30 persons sustained injuries as a mini truck carrying them overturned near Gurumaiguda village under Borigumma block of Odisha’s Koraput district today.

The deceased have been identified as Chanchala Jani (46) and Tulasi Jani (48). According to reports, the victims were heading towards Mundiguda in the vehicle to attend a wedding. The driver of the ill-fated vehicle lost control over the wheels following which it turned turtle killing the two women and injuring others.

On being informed, police and Fire Service personnel rushed to the spot, rescued the injured ones and admitted them to hospital. Condition of some of them was stated to be critical.