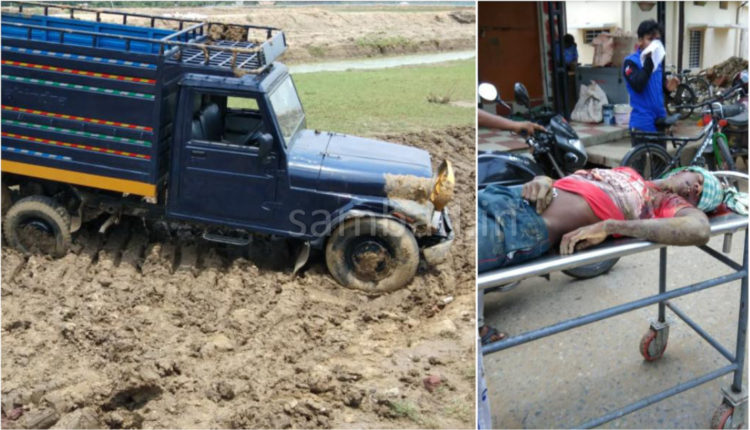 Balasore: At least two labourers died and five others sustained injuries as a pickup van carrying them skidded off the road and overturned near Gudupahi in Chandipur area of Odisha’s Balasore district today.

According to reports, the mishap took place around 10 am this morning when the victims on board a pickup van were heading towards Balasore after finishing their work at a prawn farm in Chandipur.

The driver of the ill-fated vehicle lost control over the wheels following which it turned turtle killing two of the labourers on the spot and leaving five others injured.

The deceased have been identified as Gobinda Hansda (28) and Nal Murmu (27). The injured ones– Basu Hansda, Ramu Marandi, Jitu Singh, Masada Hansda and Sheikh Akhtar– were rescued by locals and admitted to the district headquarters hospital.