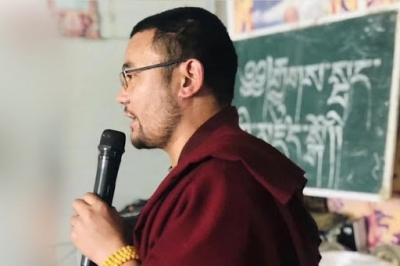 Dharamsala: The Tibetan Centre for Human Rights and Democracy (TCHRD) on Monday condemned the sentencing of two monks — Tenzin Dhargay and Rigtse — to prison for merely exercising the right to freedom of expression, a right protected in the Chinese constitution as well as in major international human rights instruments that the Beijing government is party to.

Dhargay and Rigtse are from Sershul County in the Tibetan Autonomous Prefecture. Both had been detained incommunicado for almost two years and sentenced on an unknown date in June this year.

So far, Chinese authorities have handled both the cases with extreme secrecy and family members have not been provided with the details of the cases said the TCHRD.

The Chinese authorities have issued stern warnings that anyone caught sharing information about the monks’ detention will have his or her social security and other state benefits cancelled.

It still remains unknown where the monks are imprisoned although it has been confirmed that they had been taken to another location after their sentencing in Sershul County.

Exile Tibetan sources reported on Dhargay’s detention in September 2020 after he was found keeping a photo of His Holiness the Dalai Lama and other information about the Tibetan political situation on his phone.

At the time, another monk was detained along with him but his identity could not be confirmed. It has now emerged that the other monk’s name is Rigtse.

Both Dhargay and Rigtse had been sentenced on the same date.

More information about Rigtse cannot be immediately obtained due to prevailing restrictions.

Sources with contacts with local Tibetans informed TCHRD that Dhargay usually held great concerns about the dire situation in Tibet and used to share information and photos about the same on his personal WeChat account.

Using “Dalai’s Follower” as his account name, he also used to share photos and teachings of His Holiness.

Last year when China held the so-called 70th anniversary celebration of Tibet’s peaceful liberation, Dhargay had challenged the Chinese government narrative on Tibet’s occupation by saying that no such liberation happened in Tibet.