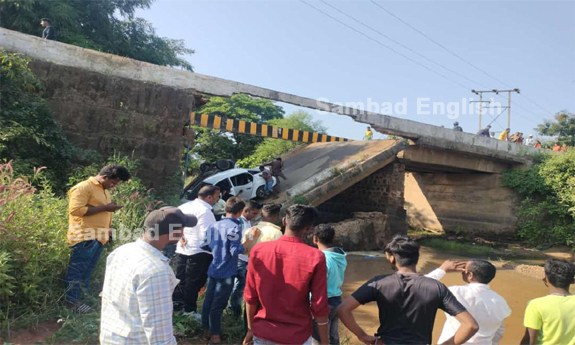 Bhawanipatna: In a freak mishap, as many as seven persons sustained grievous injuries after two cars in which they were traveling fell down due to the collapse of a bridge of the Works department today at Atangaguda on Bhawanipatna-Thuamul Rampur road in Kalahandi district.

Bridge dilapidated over years sans adequate maintenance leading to the collapse at around 3.00 pm. “Despite repeated demands for repair, the district administration remained apathetic. We were always in apprehension that such an incident will occur one day or the other,” many locals alleged.

Vehicular movement in this route was completely disrupted following the incident.