2 passengers injured as they fall off train in Odisha’s Jajpur, locals stage stir

yewitnesses said the duo slipped and fell due to heavy rush when the train was leaving the station. 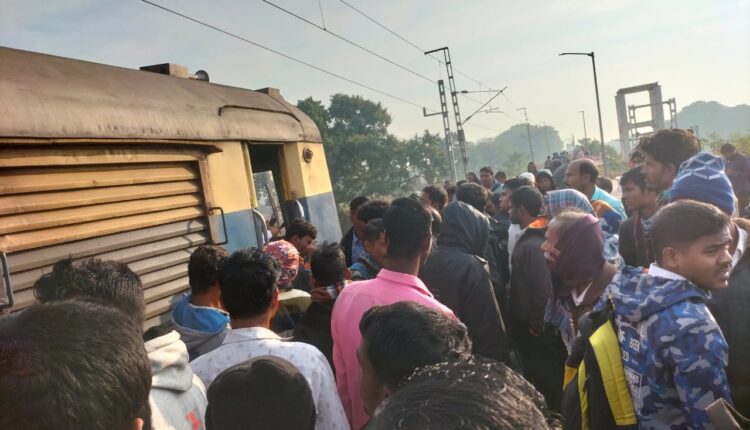 Jajpur: Tension prevailed at Dulakhapatna station under Korei block in Odisha’s Jajpur district as two passengers sustained critical injuries after falling off a train on Saturday.

Sources said the passengers Batakrishna Sethi (35) and Mamuni Sahoo (18) were trying to board the Palasa DMU passenger train when the mishap took place. The train as en route to Bhubaneswar from Balasore and had a stoppage at Dulakhapatna station.

Eyewitnesses said the duo slipped and fell due to heavy rush when the train was leaving the station. As they suffered serious injuries, they were immediately rushed to a nearby hospital for medical assistance.

Meanwhile, irate locals gathered at the spot and blocked the train. They attributed frequent accidents due to rush and demanded the addition of more coaches.

On getting information, Railway Police Force (RPF) personnel along with the Panikoili police arrived at the station and tried to pacify the protesters. The stir was called off after they were assured of needful action.

Theranos founder Elizabeth Holmes sentenced to over 11 yrs in prison