While the main accused Ranjit Sahu (23) is absconding, police have detained three persons including his mother Ranjulata Sahu and two elder brothers Chandan and Ranjan for interrogation. 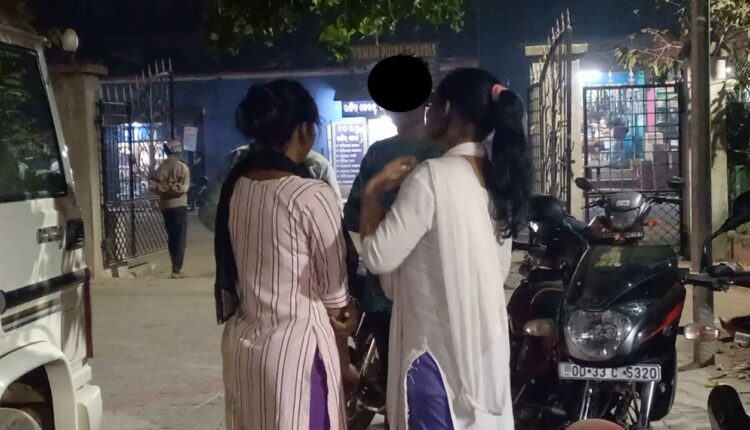 Jajpur: In a bizarre case of love and deceit through social media, police today rescued two sisters from a locked house after they were tricked by a youth on the pretext of marriage in Sundureimuha area of Jajpur district in Odisha here today. While the main accused Ranjit Sahu (23) is absconding, police have detained three persons including his mother Ranjulata Sahu and two elder brothers Chandan and Ranjan for interrogation.

As per reports, the sister duo (aged 23 and 19) belonged to Khaprakhol in Balangir district but were doing tailoring work in a company in Tamil Nadu for the last two years. They had got in touch with Ranjit, a resident of Bania Sahi in Abdalpur area under Jajpur Sadar limits, on social media platform Instagram and since the last three months were interacting with him. After winning their trust over regular likes and posts, Ranjit had managed to win their trust. He then lured the two of them into false assurance of marriage and a better life, and asked them to come to Jajpur. As the two sisters belonged to a humble background and were drawn towards Ranjit’s luring prospects, they fell for his words. They took a train and came all the way from Tamil Nadu to Jajpur last month but Ranjit used to keep them locked up in a rented house.

Sources said the two of them were kept confined to the house for the last one month. On Saturday, they somehow managed to escape. Villagers on getting to know about the incident, informed police who reached the spot and rescued the victims.

One of the victims alleged that Ranjit’s family members too were involved and accused them of assaulting her sister as well. “I fell in love with Ranjit on Instagram and came. He had promised to marry me and assured me of my sister’s marriage in his circle as well. His family members too assured us that they will ensure my sister is settled after our marriage. Last month, his family said Ranjit has consumed poison and slashed his wrist and asked me to come soon. But after we reached, they started torturing and beating us. Today we somehow managed to escape after they attacked my sister with a blade,” said one of the victims.

Ranjit’s mother has however denied the allegations. “We were serious about getting the elder sister married to our son. The younger one was supposed to go back home. We did not torture them at all. All this happened because the couple fought over some petty issue and now we are being framed,”she claimed.

The house owner, on the other hand, said Ranjit and his family had a bad reputation and were known to be habitual offenders. “I had given the house on rent six months back because I knew Ranjit’s father who is a plumber. But I never knew he would be so characterless. Previously too he had cheated a girl in a similar manner and we had reported the matter to police. All family members are like him. They are known for such acts and have not even paid the rent. I have taken the keys back,” he told mediapersons.