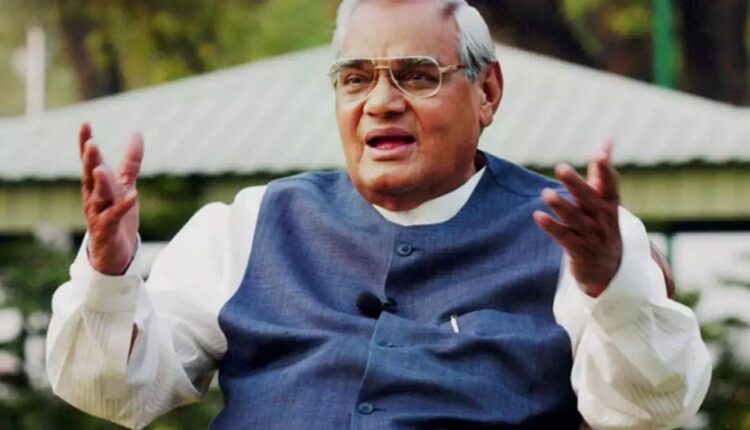 Atal Bihari Vajpayee (25 December 1924–16 August 2018) was the former Prime Minister of India and served the nation thrice as the PM.

He was the first non-Congress leader to serve a full term as the Prime Minister.

Vajpayee was also a noted poet and writer.

He was a member of the Indian Parliament for over five decades, having been elected ten times to the Lok Sabha, the lower house, and twice to the Rajya Sabha, the upper house.

On 23 December 2014, Vajpayee was announced as the recipient of Bharat Ratna, India’s highest civilian award. After the announcement, Prime Minister Narendra Modi established that Vajpayee’s birth anniversary would be henceforth commemorated annually in India as Good Governance Day.

On the occasion of his birth anniversary, here are 20 quotes by him to read on this day.

1. Terrorism has become a festering wound. It is an enemy of humanity.

2. You can change friends but not neighbours.

3. Victory and defeat are a part of life, which are to be viewed with equanimity.

6. The reality is that international institutions like the UN can only be as effective as its members allow it to be.

7. Empowering the individual means empowering the nation. And empowerment is best served through rapid economic growth with rapid social change.

8. Indian democracy’s greatest strength is that we have always put the nation above politics.

9. We are unnecessarily wasting our precious resources in wars… if we must wage war, we have to do it on unemployment, disease, poverty, and backwardness.

10. India has the sanction of her own past glory and future vision to become strong – in every sense of the term.

11. Our words, actions, and diplomatic efforts should be aimed at trying to achieve pragmatic goals rather than creating rhetorical effect.

12. Our nuclear weapons are meant purely as a deterrent against nuclear adventure by an adversary.

13. I would like that no citizen of the state feels alone and helpless. The entire nation is with them.

14. I dream of an India that is prosperous, strong and caring. An India, that regains a place of honour in the comity of great nations.

15. Our aim may be as high as the endless sky, but we should have a resolve in our minds to walk ahead, hand-in-hand, for victory will be ours.

16. No guns but only brotherhood can resolve the problems.

17. We have ended hunger, but now we have to end famine.

18. No one can be considered untouchable on political grounds.

19. For development, peace is essential.

20. I believe the gun is no solution to problems.